Roadfill® and its products Roadworx® work with local highway authorities and councils to repair damaged roads using recycled plastic waste which is added to a bitumen mix when laying asphalt. Our use of fuels and on plastic products has had a damaging effect our planet. Seeking out alternative uses for plastic landfill waste has lead to the creation of Roadfill® and its products Roadworx®.
Roads and motorways are links to our community and cities. The upkeep and creation of new roads solely upon heavy use of fossil fuels. Roadfill® and its products Roadworx® use recycled products previously destined to landfill sites which when added to a bitumen mix will significantly reduce the amount of fossil fuel usage, reduce carbon emissions, reduce landfill waste and tax and extend the current life of a road surface.

Roadfill® products Roadworx® are added to asphalt mix. By adding our Roadworx® recycled plastic products, it substitutes the amount of bitumen needed to repair or relay a road. The polymers add extra flexibility to the road surface and aids in the reduction of fatigue which again is helping to reduce fossil fuel emissions.

Plastic waste is at an epidemic level throughout the world and the recent televised Blue Planet 2 series has highlighted even more the damage that we humans have done.

Roadfill® one of the pioneers in helping to use plastic waste in an environmentally and innovative way to help solve the problem of plastic waste, reduce landfill waste, reduce CO₂ emissions and save substantial sums of money for and local authority highway budgets. 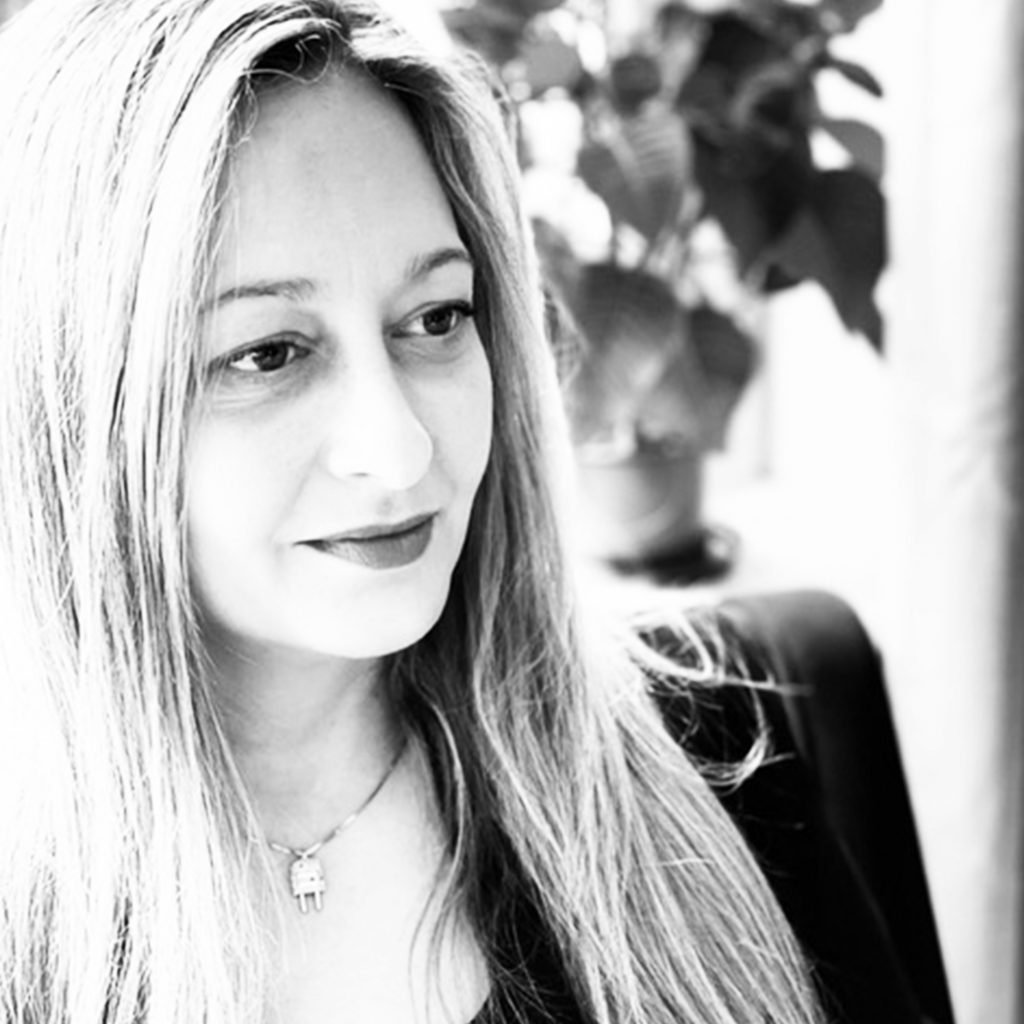 Christie’s self-starter approach has been a key catalyst for the growth and transformation of Roadfill since founding the company. Heading Roadfill as CEO for four years now Christie built Roadfill to be the leading name in innovative road materials, products and road surfacing.

Having formed Roadfill in 2017, Christie has actively been working on innovative projects focusing on how to find alternative uses for waste plastic. 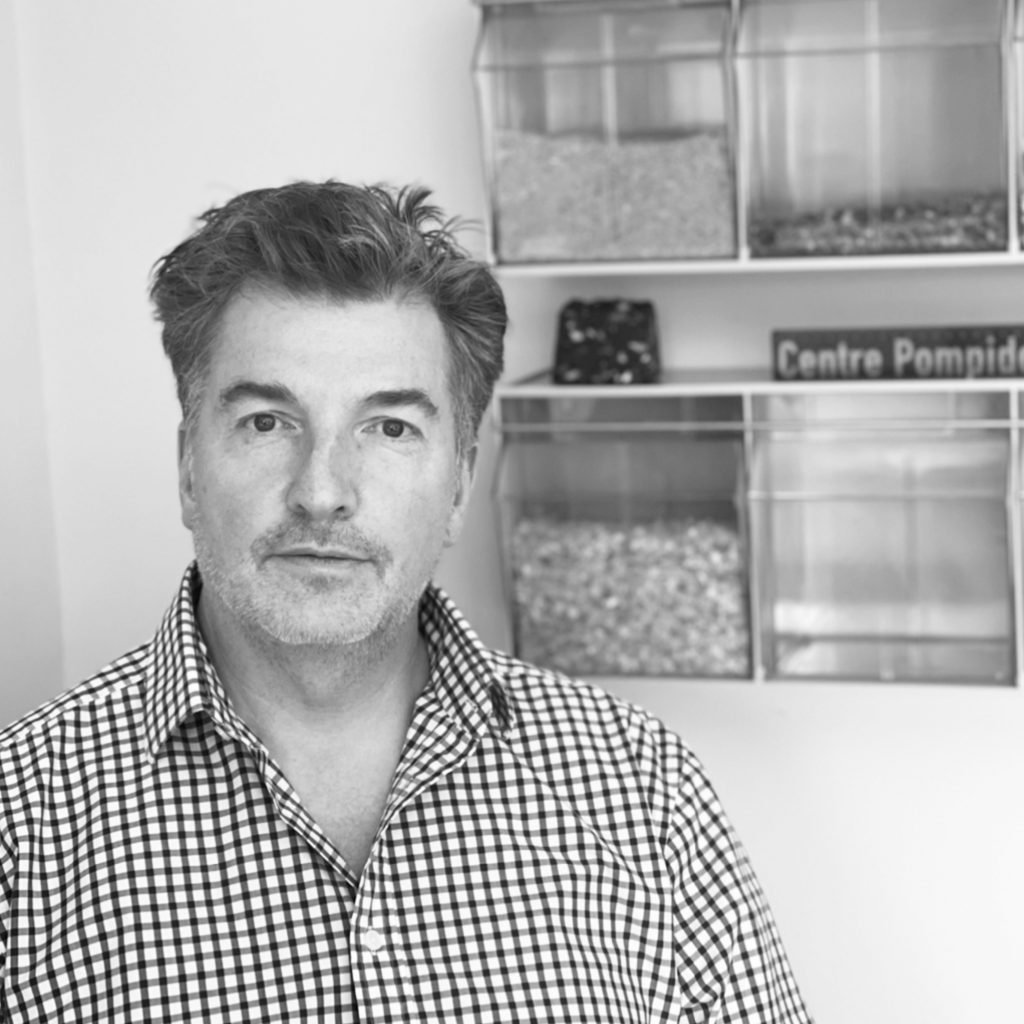 Chris has been building a strong operational business since 2018. Chris is involved in our sales operations, business development and acquisition growth.

He has been instrumental in developing our ever expanding product range. 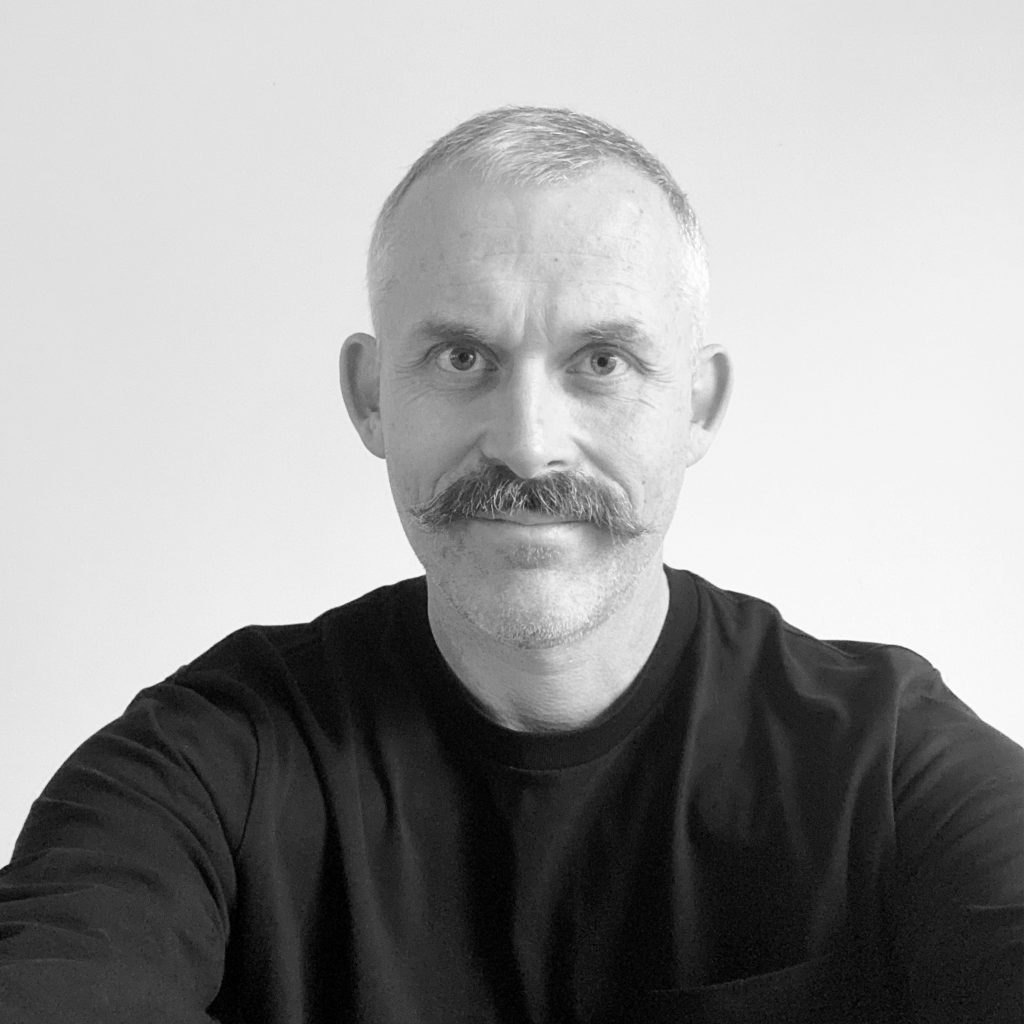 Paul is our Partnerships Director and has a broad range of business experience and a passion for innovative business development in complex, changing environments.

Paul’s extensive experience has enabled him to build strong negotiation, relationship and management skills and prides himself on facilitating progressive, dynamic environments.

Arthur has held numerous senior management positions in the Asphalt industry. His 50 years’ experience covers all production, commercial, contracting, and technical disciplines, working for some of the major players in the industry. He has an impressive record in managing change and business development. Arthur brings this considerable experience to bear specialising in site inspections and the resolution of problems in the asphalt production, surfacing and quarrying industries and in setting up Quality Management systems and the subsequent auditing and gaining approval. He also advises clients on the use of asphalt solutions and the options available to meet their specific requirements.

Arthur’s experience has been further expanded into the resilience of the road network to the effects of climate change. Arthur can present training courses on a variety of asphalt subjects at any level, and he has acted as Technical Referee on numerous TRL projects. Arthur was National President of the Institute of Asphalt Technology, is currently National Treasurer and has recently been awarded an Honorary Fellowship. 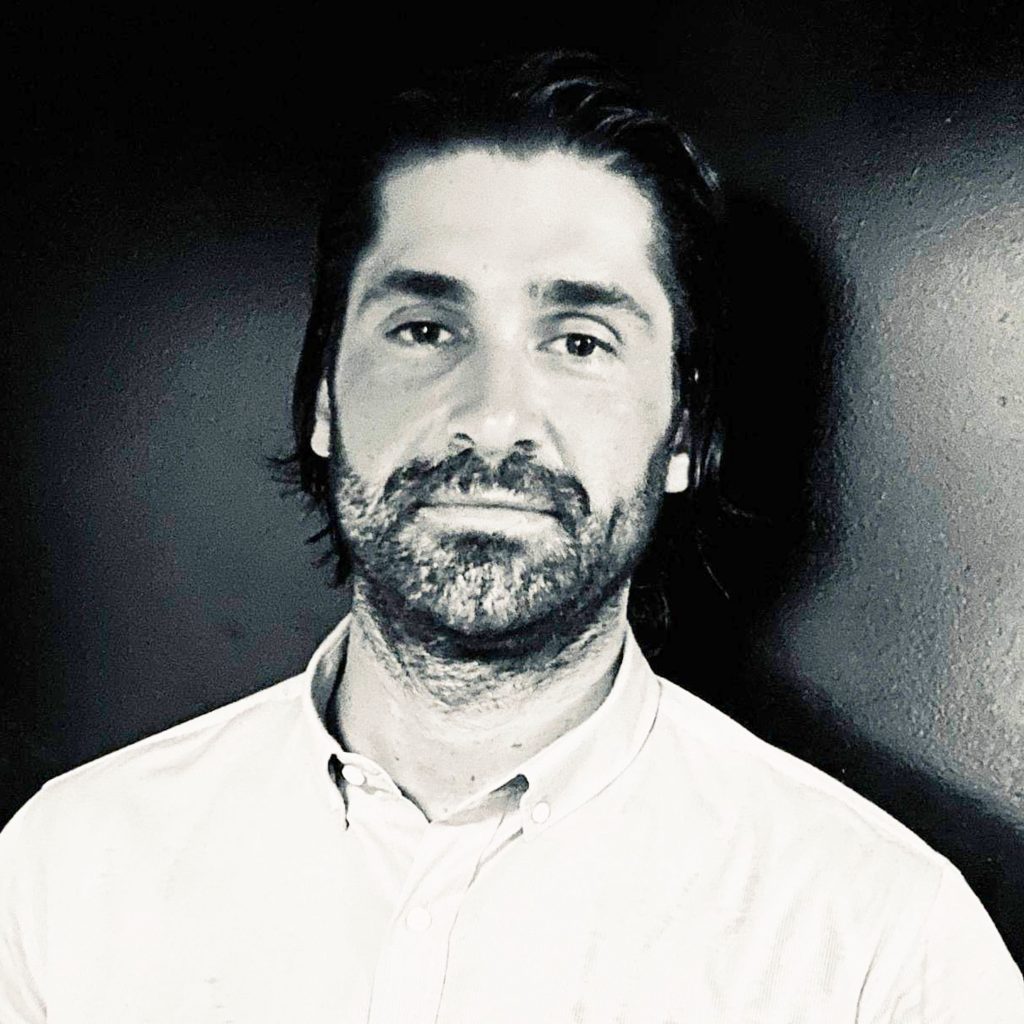 Dinos started more than 15 years ago in a large scale family business . His management and marketing skills continued to expand in various businesses throughout the years and his interest in the environment has been always present in every step of his career.

Dinos heads up our Northern European operations from our offices based in Athens, Greece. 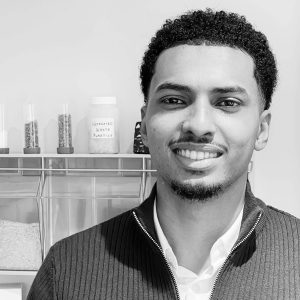 Abdul Halim is a Civil Engineer, currently undertaking his MSc in Civil Engineering. Abdul was awarded the ICE Student Award in 2020. Using his experience gained working in construction, along with technical and practical projects, he is responsible for pushing research activities within Roadfill Ltd. His aim is to work on projects that help implement innovative and more sustainable methods, to aid in bettering the environment. In his off time, Abdul Halim enjoys testing his fitness by participating in weekly football sessions. 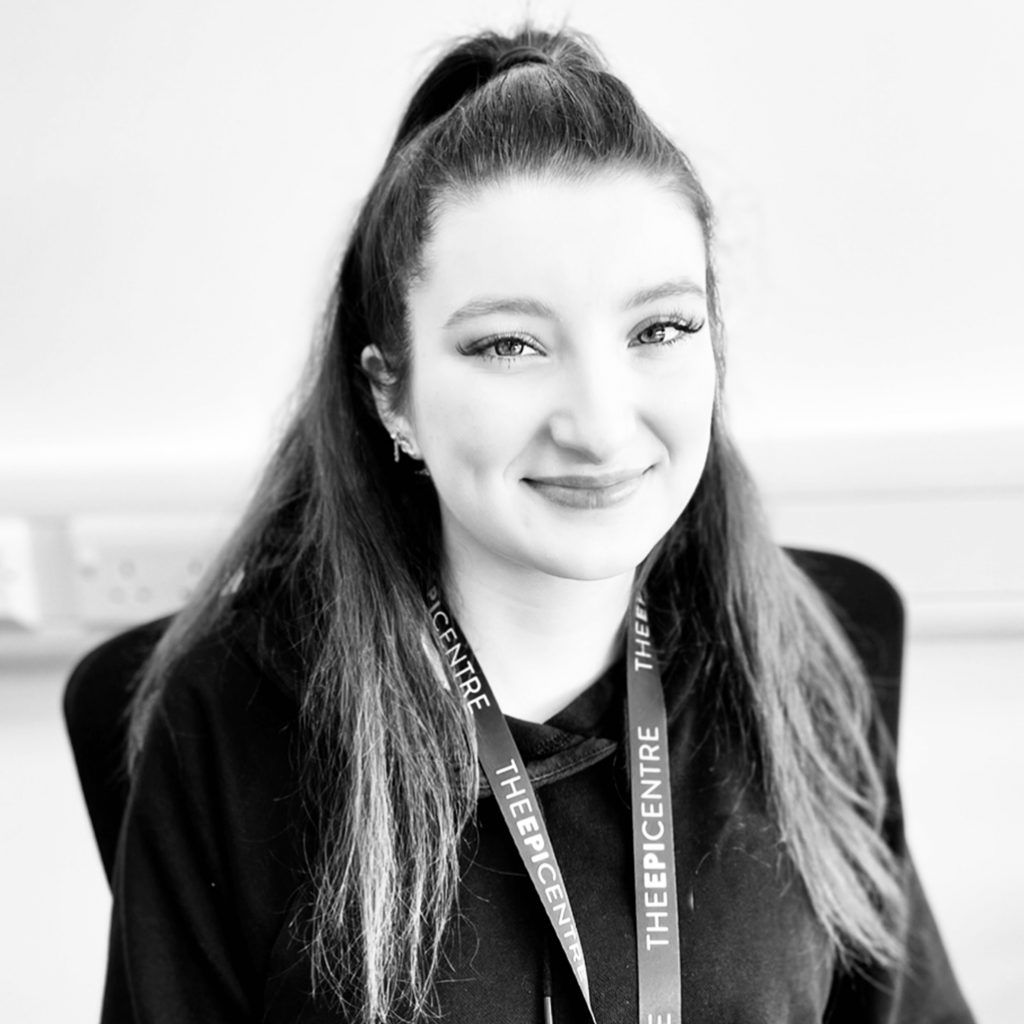 Grace is at the start of her career.She has recently completed her NVQ in Cultural Heritage which gave her a foundation in administration and events.She is our Office Assistant providing administrative support for the team. 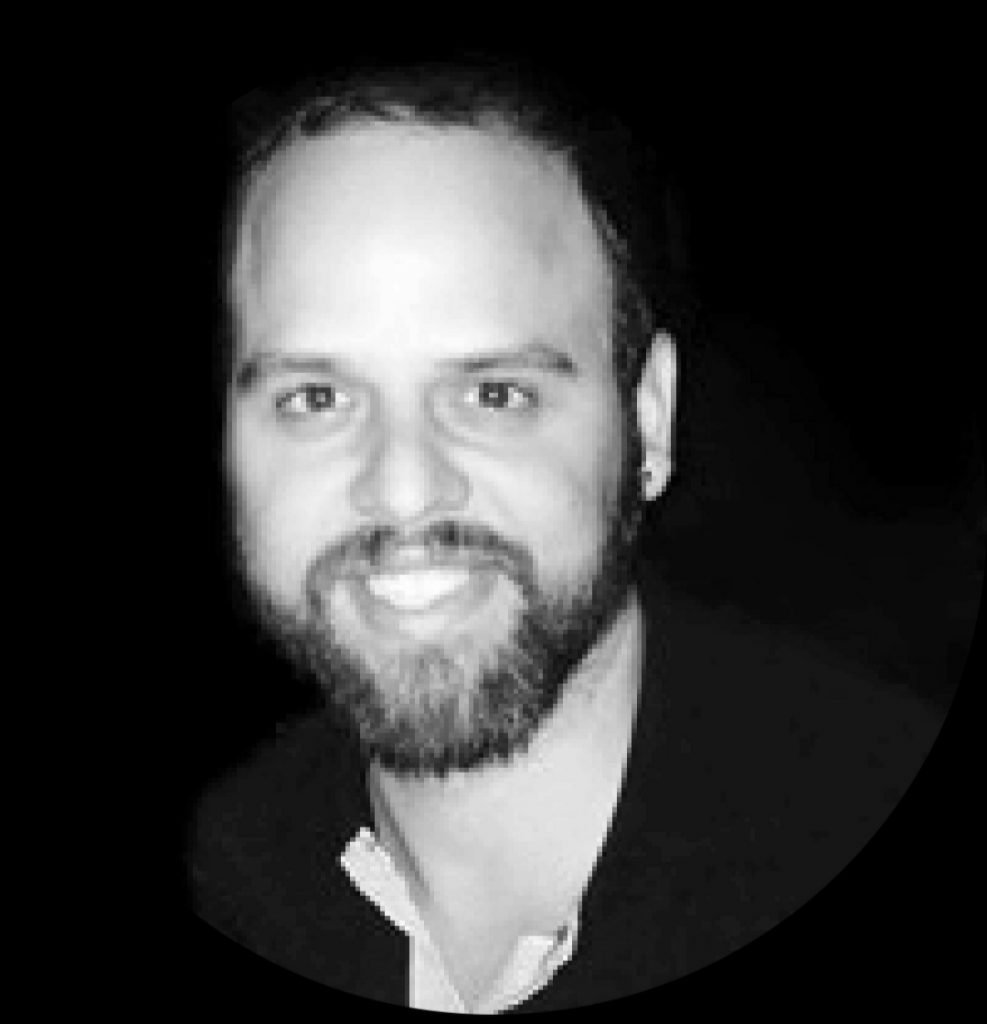 Tony has a long and great experience in web development and digital marketing, he is an expert in SEO. He is responsible for all the IT around Roadfill Limited. 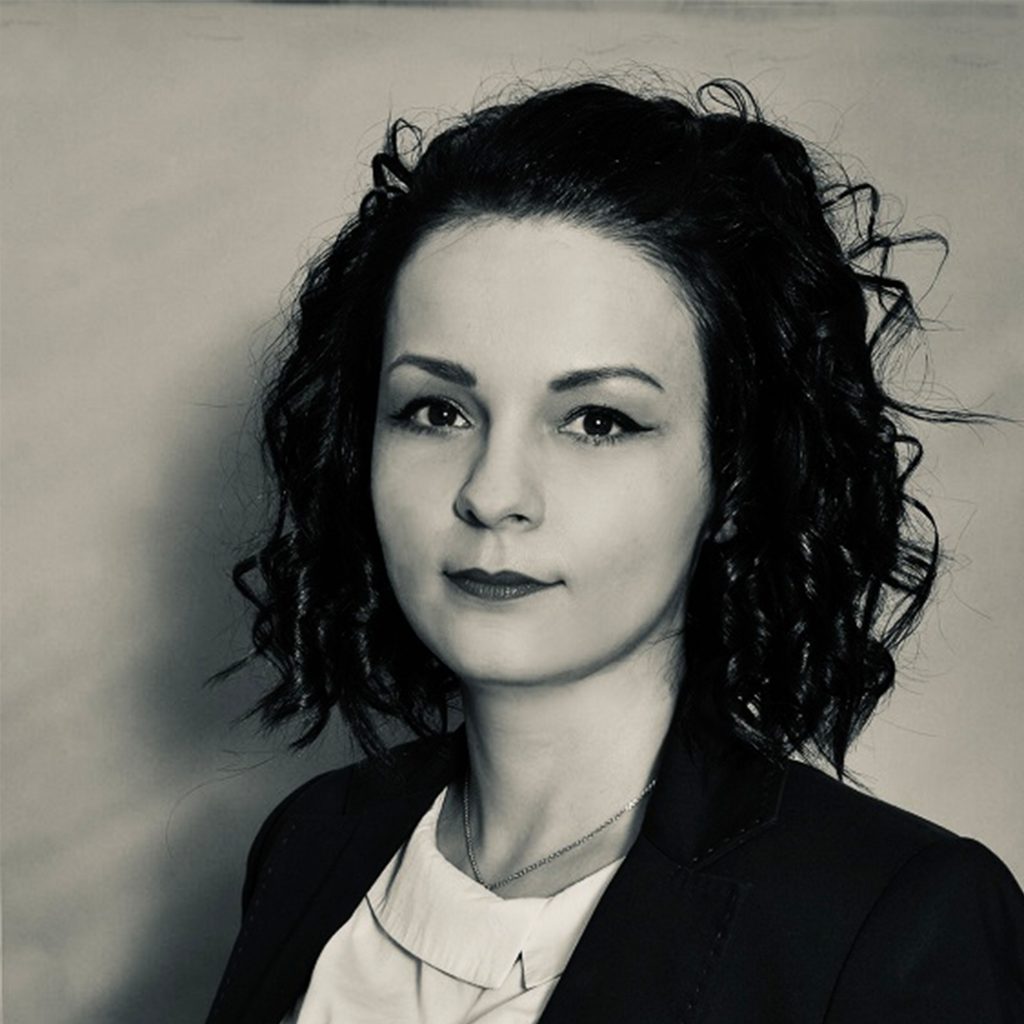 Helen is our administrator and office assistant. She helps with a range of clients from small sole traders to larger limited companies. Keeping herself organized as well as our customers is key to smooth bookkeeping and the office management. Keeping invoices and paperwork organized makes everything easier and more efficient in the long run. 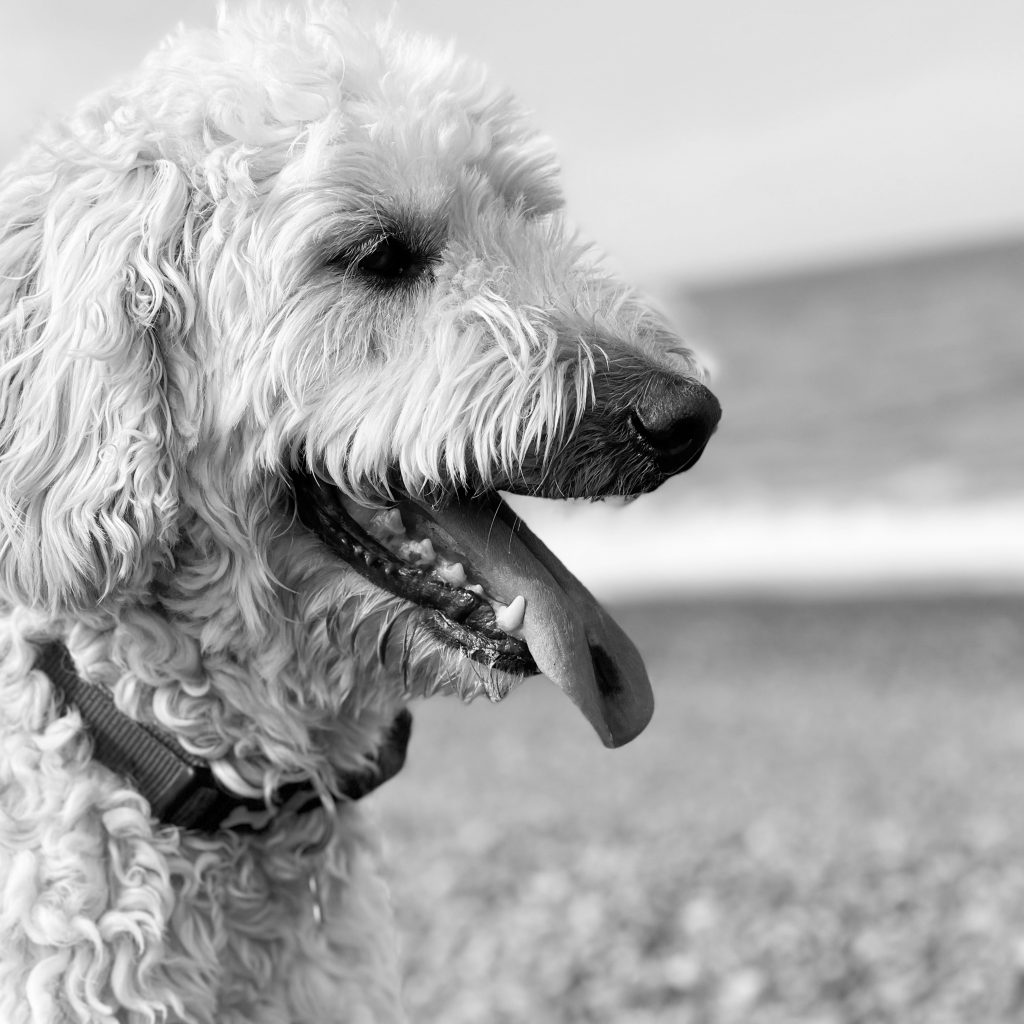 Ted is the office dog and assists in client liaisons and monitoring deliveries by barking very loudly. 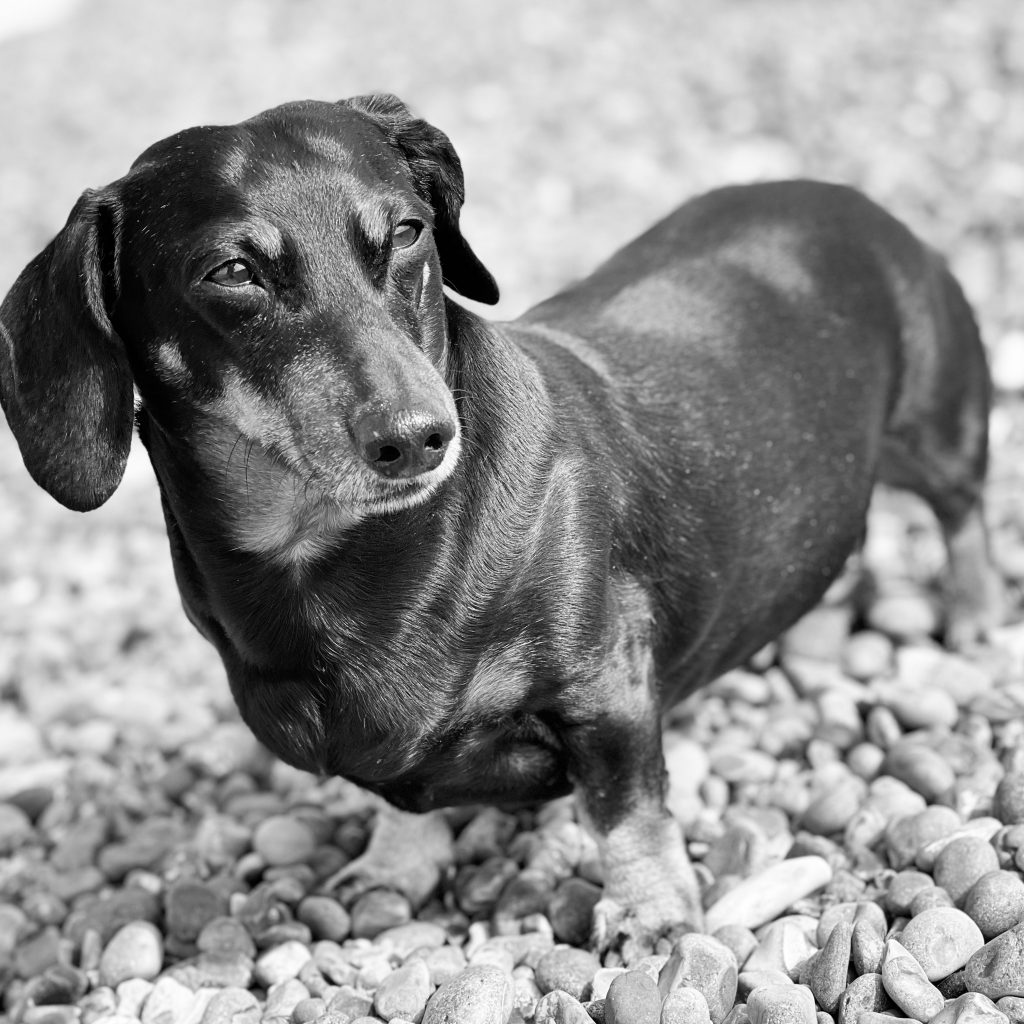 Tequila is responsible for collecting and chewing any plastic found in the office and ensures that Ted does his job.

By using recycled plastic waste products, we are all contributing to a reduction in landfill, effectively removing more plastic waste which in turn is reducing carbon footprint and our reliance on fossil fuels.

Almost any road that you have used in recent times has been laid with bitumen which has had a polymer mix added to it, but by using recycled plastic into a mixture of asphalt significantly reduces the amount of bitumen needed. It also allows for greater elasticity of the road surface reducing the formation of cracks and of potholes which are a major hazard to all for our safety and associated financial costs.

Road networks are being used more frequently and car ownership grows every year. However, since the financial crisis in 2008 government expenditure and particularly that of local authorities has been significantly reduced.

The surface of the road to which you use and see is typically no more than 0.8cm thick and this quickly leads to fatigue and wear and tear.

By using Roadfill® and its products Roadworx® it binds to the asphalt mix, resulting in less use of bitumen, is stronger, more durable and more reliable than traditional asphalt usage and ultimately cheaper to local authority budgets.

By taking on a product produced, used and discarded daily by everyone, plastic waste has become a major environmental problem.

Roadfill® is tackling this problem directly by turning our use of plastic waste into products that when added to a bitumen mix reduce our reliance upon this oil-based fossil fuel, reduce landfill waste and associated taxes, reduce CO2 emissions and provide a greener alternative to existing road maintenance and design.

Our roads are a vital asset, worth in the region of £465 billion and they support all aspects of our daily work and home lives. Roadfill® is in a unique position to recycled plastic waste to repair, maintain and build new road networks working with our clients within this industry.
Our ultimate aim is for greener, cleaner and safer roads.

At the beginning of 2021 the Committee of Climate Change stated that “Technology to capture and store carbon emissions is a necessity an option”.

Roadfill®is continuously looking at ways of making our environment more balanced and harmonious and contributing to a healthier world.

We are currently working closely with a European partner in environmental technologies by harnessing an abundant natural mineral, which when added to our Roadworx® have the potential to absorb harmful pollutants from vehicle emissions.

This will make road repairs and newly laid road dressings a “living road”. The scope of applying our unique Roadworx®product at and near school playgrounds, tube stations, airports, hospitals and congested shopping streets such as Oxford in London, are a new and highly innovative way of minimising our impact of damage to the environment and our aim to produce greener, cleaner and safer roads. 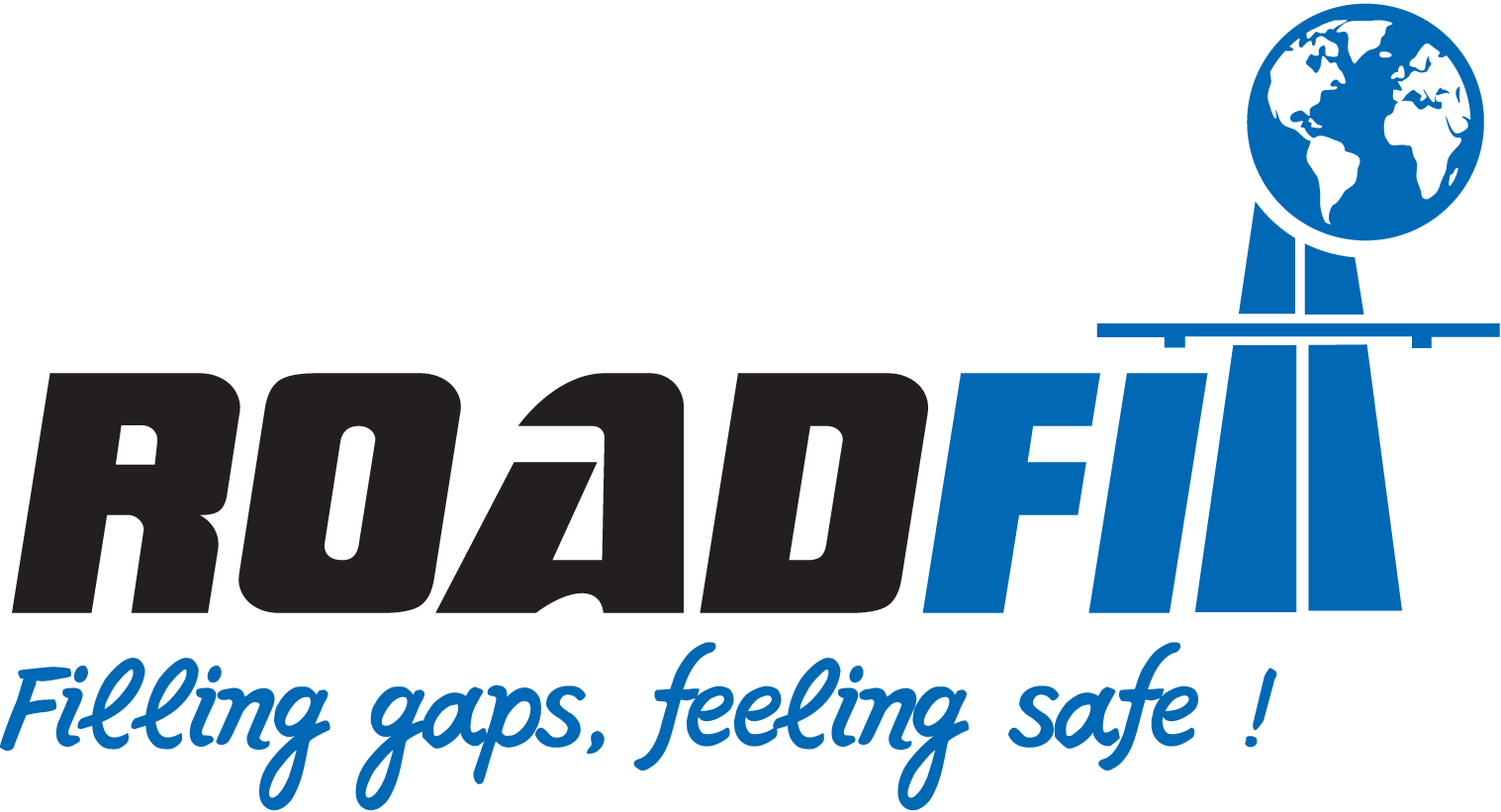